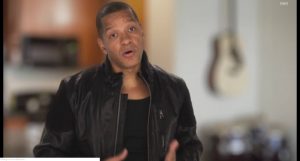 Peter Gunz has some words for Derrick Jaxn. When the tables turn, they make an entire 360 degree.

Over the past week, we’ve seen Derrick Jaxn has become a big trending topic of social channels after admitting to his infidelity. Jaxn gained fame for being a renowned relationship guru on Youtube. He often gave advice about how to improve other people’s respected relationships.

Recently, he took to social media for his confession. He then followed up with a video apology, alongside his wife. Well, Love & Hip-Hop NY‘s very own Peter Gunz stepped into the chat to speak on Derrick Jaxn for speaking on his issues.

“I remember this n*gga @derrickjaxn had so much to say about me multiple videos talking sh*t… Ladies be careful whom you worship all that glitters ain’t gold… Don’t fall for the Jesus rebound either,” wrote Gunz.

“So hold up this the clown n*gga that was posting videos coming for u when the show was on ??”

If fans can recall, Gunz’s issues played out on LHHNY. While on the show, he revealed that he had 10 children, in addition to children with his love interests, Tara Wallace and Amina Buddafly.

The post Peter Gunz Airs Out Derrick Jaxn For Cheating Scandal appeared first on The Source.