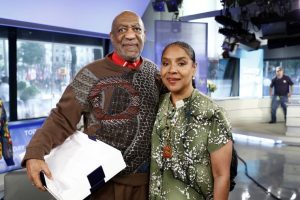 “My remarks were in no way directed towards survivors of sexual assault. I vehemently oppose sexual violence, find no excuse for such behavior, and I know that Howard University has a zero-tolerance policy toward interpersonal violence,” Rashad wrote.

After Cosby’s release Wednesday, Rashad tweeted a photo of Cosby, with the caption “FINALLY!!!! A terrible wrong is being righted- a miscarriage of justice is corrected!” She has since removed the tweet.

Immediately following her intial Tweet, Rashad received backlash for her stance on Bill Cosby’s release. In response, she adressed her allegiance with sexual assault survivors on Twitter.

“I fully support survivors of sexual assault coming forward. My post was in no way intended to be insensitive to their truth. Personally, I know from friends and family that such abuse has lifelong residual effects. My heartfelt wish is for healing.” wrote Rashad.

Back in May, Rashad, an alumna of Howard University, was appointed dean of its recently reestablished College of Fine Arts.

The University reiterated that “Personal positions of University leadership do not reflect Howard University’s policies.”