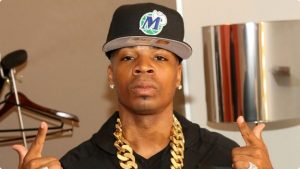 Before Plies gave us some of the most hilarious social media commentaries, he was known for hits singles. From “Bust It Baby” to “Shawty,” Plies knew how to cater to a woman audience. While the Florida native is renowned for being outspoken, he always knows how to bridge the gap between comedy and seriousness. The “Ran Off on the plug twice” rapper recently tweeted in support of “The Future is Female moving, as he asked for the next POTUS to be a woman.

“The Next President In America Should Be A Female!!!!!!” tweeted Plies. He goes on to add that many people fear change, when instead they should embrace it. In life change is the only constant.

“That’s The Problem With America To Many People Scared Of Change!!!!”

The country is heading in that direction with the election of Vice President Kamala Harris. Madam VP broke a number of barriers this past election. She became the country’s first Black, Indian, and Woman Vice President. As a woman VP, she holds the highest seat ever held by a woman government official. As we all advocated for VP Harris to be elected, President Biden and his administration were certain in their choice.

Plies certainly agrees. If President Biden does not go for a 2nd term, is VP Harris next up to take the Presidential Seat? We have 3 years and a half before the 2024 election. Until then we’ll continue to hold the current administration accountable.

The post Plies Wants The Next US President To Be a Woman appeared first on The Source.