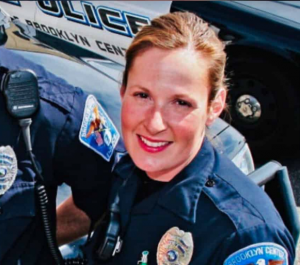 According to Minnesota NBC affiliate WCCO, the police officer who shot and killed 20-year-old Daunte Wright has been identified as a 26-year veteran of the Brooklyn Center, Minnesota police force Kim Potter.

Potter is reportedly on administrative leave and has retained a lawyer.

The Medical Examiner’s Office of Brooklyn Center has ruled Wright’s death a homicide, stating, “This individual died of a gunshot wound of the chest and manner of death is homicide. The Minnesota Bureau of Criminal Apprehension is the investigating agency.”

Minnesota Chief of Police Tim Gannon has made the claim that Potter accidentally shot and killed Wright by drawing her firearm, but actually intended to pull out her Taser, which is described as an “accidental discharge.”

Wright was killed about 10 miles from where George Floyd, the 46-year-old Black man who was killed by ex-officer Derek Chauvin in Minneapolis. Chauvin is currently on trial for Floyd’s death, which has created an overlap in protests from the recent police killing of Wright as well as Floyd’s death.

The post Police Officer Who Shot And Killed Daunte Wright Has Been Identified appeared first on The Source.