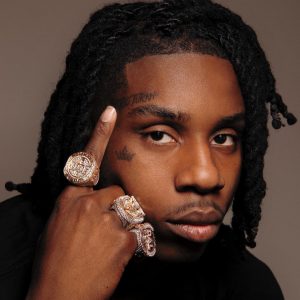 Talk about a movie moment. Just hours after the release of his album, “Hall of Fame” Polo G and members of his crew would find themselves arrested in Miami after leaving the venue of the rapper’s album release party.

Fans and social media users gained knowledge of the rapper’s arrest after his mother/manager Stacia Mac took to Instagram live to reveal the news. Polo G and crew would be taken into Turner Guilford Knight Correctional Center on multiple charges including battery on a police officer, criminal mischief, and resisting arrest. Stacia Mac continued to update everyone and mentioned that she would be getting her attorney’s involved.

“I have T baby. I’ve bonded out Polo and everyone. I’ve also, of course, notified my attorney. I’ll be relieved when I have everyone out of jail safely. Thank you guys for your support,” she penned on Twitter.

Since the rapper’s arrest fans haven’t heard from Polo G until his recent post on Twitter. The rapper broke hs silence in a tweet this morning with the words, “They playing foul in Miami & data sh*t been like that for a minute.”

“1 of the officers told us they was on us since we got off our jet…,” he continued.

We will keep you updated on the status of this investigation. As of right now, stream “Hall of Fame” on all platforms. What do you think of the Chicago natives’ album?