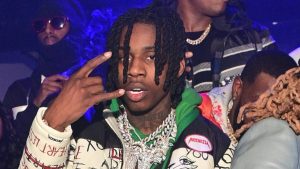 Polo G’s “RAPSTAR” now has the biggest streaming week for a song by a male artist in eight months as he sits atop Billboard’s Streaming Songs chart.

The track, which first arrived on April 9, claimed 53.6 million streams within the United States within its first full streaming week, making it the largest outing for a male artist in the last eight months since Drake’s “Laugh Now, Cry later” landed 69.8 million in August 2020.

Outside of the two men, Olivia Rodrigo’s “Drivers License” is the only track to gain more streams with 76.1 million earned in its January debut and 59.7 million within its second week.

Polo’s current place on the chart should come as no surprise as it coincides with his recent No. 1 entry on the Hot 100 chart, as the Chicago rapper eclipses former No. 1 from Lil Nas X, Bruno Mars & Anderson .Paak, and Justin Bieber, Giveon, and Daniel Caesar.

It’s a solid start to the road leading toward Polo’s forthcoming Hall Of Fame album. It will be the young emcee’s third full-length outing, following up on his acclaimed sophomore The Goat record. Last May, the effort debuted at No. 2 with 99,000 copies sold. Since then, the album has collected 3 billion streams and a total of seven gold and platinum RIAA certifications.

The post Polo G Had the Biggest Streaming Week for a Male Artist in 2021 appeared first on The Source.