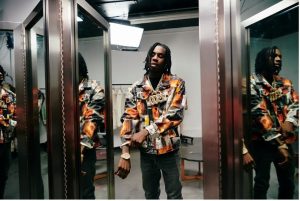 Polo G is on fire and is keeping the heat up with the release of the new song “RAPSTAR.”

The Chicago emcee teamed with Synco for the production, which features longtime collaborator Einer Bankz on the ukulele. Skating over the beat, Polo gives listeners a taste of what it is like to be on top of the game.

The video is directed by Arrad and brings in cameos from friends like DDG, Trench Baby and Scorey, before getting a moment with his son Tremani.

You can see the video below and if you need more tap into Polo G’s feature alongside Lil Tjay and Fivio Foreign on “Headshot.”

The post Polo G Releases New Single and Video for “RAPSTAR” appeared first on The Source.