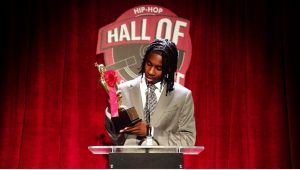 After taking over the No. 1 spot on the Billboard Hot 100 last week, Polo G has run it back, securing the top slot for a second week in a row with “Rapstar.”

The new single from the Chicago star is certified gold in just two weeks and is the top added record at Urban and Rhythm Radio now being played at over 87 stations.

The single had the highest streaming debut of 2021 in the U.S. for a male artist and the 2nd highest streaming debut for any artist in the United States. The track has been #1 on Spotify U.S. since release and is #3 on the Global Spotify Chart, while it remains Top 5 on Official Charts around the world with over 115M streams globally.

If you have yet to hear the new single you can press play below.