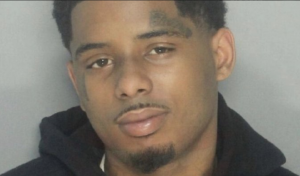 Despite the fact that the victim in the Miami King Of Diamonds shooting in April has recanted all of statements about Pooh Shiesty’s involvement, the Miami Herald has reported that the judge in his case has denied bond to the Memphis-based rapper.

Even though the security guard who was shot in the ankle, Frivin Dor, has stated to prosecutors and Pooh Shiesty’s legal team that he would not be cooperating with authorities, the judge ruled that Shiesty will remain detained until his preliminary hearing, which is scheduled for July 22.

The prosecutor has said that there was a federal detainer placed on Shiesty, whose real name is Lontrell Williams Jr., due to another alleged shooting from a botched drug exchange that occurred in October 2020 .

Shiesty faces up to 20 years in prison if convicted.