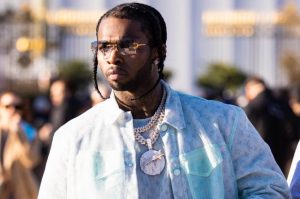 One of Pop Smoke’s alleged killers is potentially going to spend the rest of his life in jail.

During a hearing Tuesday, the Los Angeles County District Attorney’s Office decided not to seek the death penalty for Corey Walker. Instead, Deputy District Attorney Hilary Williams is now seeking the maximum sentence if found guilty which is life without parole.

Nineteen-year-old Walker is set to return to court today to enter a formal plea.

Corey Walker was charged along with two juveniles and another adult with what authorities said was murder with the special circumstance allegation that the killing occurred during the commission of a robbery and a burglary, making him eligible for the death penalty.

According to the Daily Beast, Attorney George Gascon announced back in December that a death sentence is “never an appropriate resolution in any case.” The three minors allegedly involved in Jackson’s slaying have been charged in juvenile court.

This comes a month after the parents of Corey Walker request to meet with the late rapper’s parents privately.