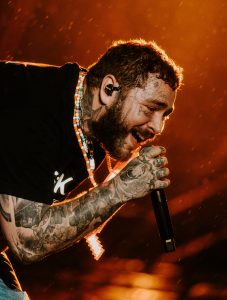 It’s official, people are back outside.

Festivals and concerts are at an all-time high, and fresh off his epic Rolling Loud performance, Post Malone is back hosting his Posty Fest.

Post took it to Twitter to announce the news, “Posty Fest 2021 is happening! Presale tomorrow 10am CT. You can use code PF21 for access. Public on sale is Friday July 30th at 10am CT. The festival will be 2 days this year & completely outdoors:) love you guys. we’re so happy to be back  @postyfest http://postyfest.com“

The lineup for the festival has yet to be announced, but in Post’s latest video “Motley Crew,” he has guest appearances from Big Sean, French Montana, Kerwin Frost, LoveLeo, SAINt JHN, Ty Dolla $ign, Tyga, Pressa, Trinidad James, Tyla Yaweh and Tommy Lee. We can probably expect to see a few of them if not all.

The festival will be its third year and will be hosted exclusively outdoors this year in the open air outside of AT&T Stadium in Arlington, TX. This year, Post has added a second day for 2021.