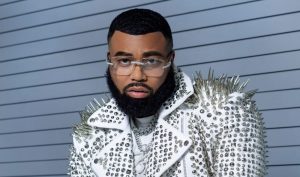 Per new reports, Blue, born Diamond Blue Smith, was injured around midnight on Monday outside of a South Florida bowling alley and is now in critical condition.

The Davie Police Department states that two unknown assailants approached two victims, which led to the robbery of a gold necklace. One suspect fired, hitting Blue in the shoulder before he was transported to a nearby hospital.

“We’re currently seeking information regarding the suspect(s). One suspect wearing a black hoodie with a face covering, the second suspect wearing a grey hoodie with a face covering. It is believed there is no specific, outstanding threat to the community at this time,” read a statement from Davie Police. “The shooting does not appear to be a random act of violence. This investigation is still active and ongoing, updates may be released as they become available.”

This story is still developing.

The post Pretty Ricky’s Baby Blue Reportedly in Critical Condition After Being Shot appeared first on The Source.