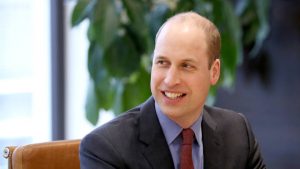 Prince William denied the racist claims that his brother Prince Harry and his wife, Meghan Markle, made during their tell-all sit down with Oprah.

The couple explained why they gave up their royal titles and Meghan opened up about her suicidal thoughts following severe scrutiny from the media and lack of support from the royal family. Additionally, they claimed that a conversation about their son, Archie’s complexion, while she was pregnant, took place.

Both the Duke and Duchess of Sussex declined to name the culprit, but Oprah clarified that it wasn’t Queen Elizabeth II or Prince Philip. Supporters speculated that William was the one who posed the vile question.

The former actress received an outpour of support from her celebrity friends including Beyonce and Serena Williams.

The tennis player penned a lengthy heartfelt tribute to her “selfless friend” Meghan and explained that she empathizes with her situation as she’s in an interracial marriage as well.

“Meghan Markle, my selfless friend, lives her life — and leads by example — with empathy and compassion. She teaches me every day what it means to be truly noble. Her words illustrate the pain and cruelty she’s experienced,” Serena wrote.

But it’s clear that the Royal Family isn’t being as supportive even after being publicly outed. The Queen released a statement saying that the issues of race are “concerning” and the matter will be handled privately.

William made a public appearance with Kate Middleton to visit School 21 in Stratford, London and a reporter asked if he spoke to his brother since the interview. “I haven’t spoken to him yet,” William replied, “but I will do.” The reporter did their due diligence and asked about the racist allegations to which William responded, “We are very much not a racist family.”

Did you watch the interview? What are your thoughts?

The post Prince William Breaks Silence Following Prince Harry and Meghan Markle’s Interview: ‘We Are Very Much Not a Racist Family’ appeared first on The Source.