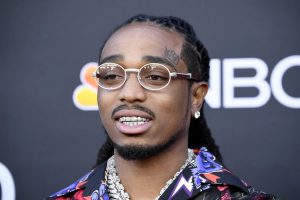 Since February, Migos have been keeping fans updated on the status of the Culture III album. During an interview with TMZ on Valentine’s Day, Quavo announced that the project is set to drop within the next 45 days. “It’s coming real soon, less than a month-and-a-half,” he said.

That time frame has passed but Quavo has offered another update on the release.

The new album will be the first project from the Atlanta trio since 2018. You can see the tweet below.

The post Quavo Says ‘Culture III’ Has Entered the Mixing Process appeared first on The Source.