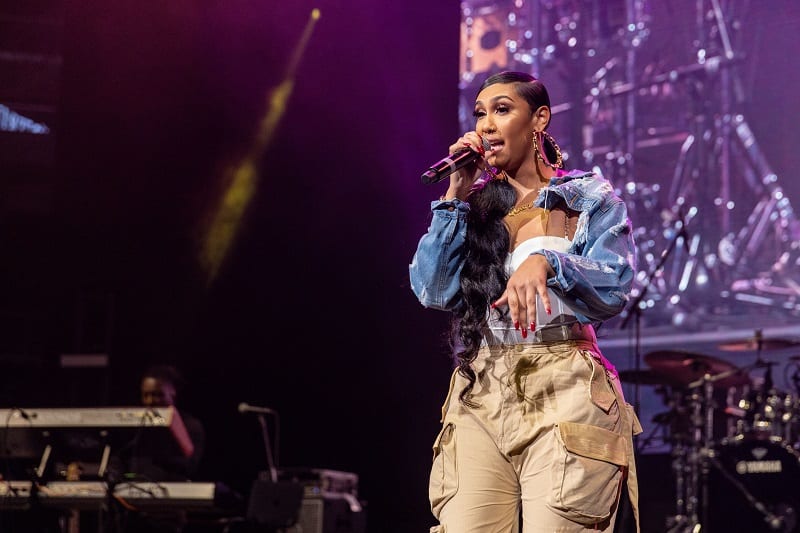 Youtuber and singer, Queen Naija seems to be in a public back and forth with her sister and father to her eldest son, Chris Sails. It all began when Queen posted photos of her son CJ at his graduation along with her current boyfriend, Clarence White. Fans begin to immediately wonder why CJ’s biological father wasn’t in attendance and begin to ask questions.

“So you aint go to CJ graduation” a fan questioned under Chris Sails post. “didn’t get an invitation. And also didn’t even know he was graduating today. That’s messed up,” Sails responded to the comment.

In an effort to clear his name, Sails then posted a photo to his story with the caption, “Proud of my baby even though daddy wasn’t told you was graduating [red heart emoji].”

Once Queen got word of Chris’ post, she commented under The Shade Room’s picture to explain her side of the story. “Here we go again… Chris cant leave Houston. He’s stated this plenty of times after I’ve asked him to come to Atlanta. Also, he just got done calling me a miserable hoe. We don’t have an ‘easy going’ cordial co-parent relationship after I’ve tried to have one,” Queen began.

Chris Sails and Queen Naija, former husband and wife used to host a youtube channel together before claims of infidelity split the couple apart. Since then, Naija has moved on in a relationship with Clarence White aka Clarence NYC where they now share a 2-year-old child, Legend.

“So WHY tf would I invite knowing he cant attend? I was also dealing with a sick 2 year old with a high fever, why tf would I be thinking of anything else? If we don’t speak on the regular, I’m not thinking about calling nobody for a 20 minute kindergarten graduation. Yall kill me bruh. stfu I’m getting tired of everyone,” Naija continued.

It seems as though Chris Sails wasn’t the only one publicly upset about missing Cj’s graduation as Queen’s sister, Tina also took her feelings to social media. “I WASNT AWARE NOBODY LET ME KNOW THAT MY BABY GRADUATED HAD TO FIND OUT ON SOCIAL MEDIA BUT TT PROUD AND CRYING TEARS OF JOY,” the post read.

Shortly after Clarence NYC decided to step in with a few words of his own, “You can’t call someone a b*tch & hoe or continuously do disrespectful sh*t and then expect a call saying ‘your son/nephew graduation is tmm’ that’s not how life works…” he began.

After a series of clapbacks, Clarence ended off his rant with a tweet that would sting in response to a fan. “I would never trip my self out of position where some other n*gga is raising my son, don’t let that go over your head…”

Check out more of the back and forth here, here, and here.

The post Queen Naija Claps Back at Family Following Son’s Graduation appeared first on The Source.