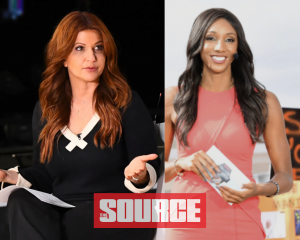 Rachel Nichols opened Monday’s episode of “The Jump” by offering up an official apology to her fellow ESPN co worker, Maria Taylor.

The apology stems from a New York Times report highlighted ESPN’s attempts to calm a year’s worth of animosity between the two that touched on racial issues and at one point caused several prominent ESPN personalities to take sides.

Nichols’ co host on The Jump, Kendrick Perkins and Richard Jefferson, commented and shared their views of Nichols, the situation, and Taylor.

“I know your heart,” Perkins said, referring to Nichols. “Great person, great individual. I also know Maria Taylor. Great person as well. Very, very talented, hard-working. And I feel that she also deserves every opportunity that is presented her way. My only hope is that we have a commitment overall to support each other through this process and continue to support each other through our journey.”

Said Jefferson: “Rachel and I, our entire group here have had some very difficult conversations over this time period. And those conversations don’t end here. We will continue to have uncomfortable conversations. No one is excused. (Nichols) is not excused. I am not excused, (Perkins). This doesn’t just go away.”

Nichols has said she has no animosity toward Taylor and that she has reached out multiple times via text and phone calls. Maybe offering the apology on air might smooth things over as the NBA Finals begin tonight.

The post Rachel Nichols Apologizes To Fellow ESPN Co Worker Maria Taylor On Latest Episode Of “The Jump” appeared first on The Source.