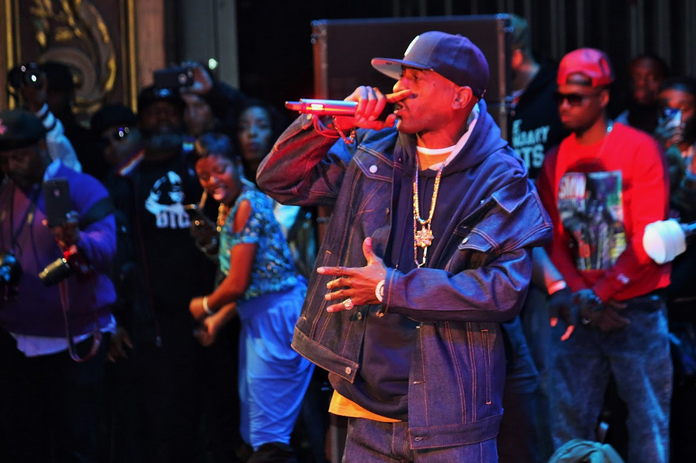 Two Hip Hop legends are set to the hit the stage this weekend to celebrate Juneteenth.  Rakim A.k.A The God MC and Big Daddy Kane have been tapped to share the stage this Saturday for the WPA Juneteenth & Black Music Festival in Pittsburgh, Pennsylvania.

At 20 years old, a young Big Daddy Kane exploded onto the music scene. Introduced by The legendary Juice Crew and quickly making his stamp as one of Hip Hop’s greatest emcee’s. Thanks to albums such as 1988’s Long Live The Kane, which included the stand out single “Ain’t No Half-Steppin’” and 1989’s follow up banger It’s A Big Daddy Thing, that brought us hits like “Warm It Up Kane” and “Smooth Operator.”

Meanwhile, Rakim one half of the iconic rap duo Eric B. & Rakim is often referred to as the “God MC” for his otherworldly rhyming skills and exalted for legendary Eric B. & Rakim tracks such as “Paid In Full,” “I Know You Got Soul” and “Don’t Sweat The Technique.” Rakim is also credited with creating the overall shift from the more simplistic old school flows to more complex flows. Rakim is almost always acknowledged as one of the greatest emcees in any conversation and some will argue perhaps that he is the greatest of all time.

Other guest performances will include The Ohio Players, Raheem DeVaughn and many more.  The  WPA Juneteenth & Black Music Festival is set to go down June 18th, 19th and 20th. What Does Juneteenth mean to you?