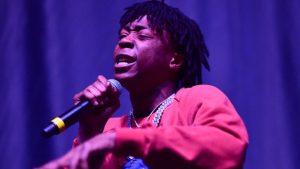 It is with regret that we inform you of the passing of 20-year-old Dallas rapper, Lil Loaded. Loaded, real name, Dashawn Maurice Robertson, hit the music scene in 2019 and is known for songs such as Link Up, Gang Unit, 6locc 6a6y, and more.

Robertson’s legal representative confirmed the news of his death in a statement to XXL that read, “Sadly, the rumors are true and Mr. Robertson did pass away today.”

Ashkan Mehryari, his attorney described the rapper’s death to be “very tragic” and that he didn’t see it coming. He also stated that the rapper’s record label highly invested in his success. “He had a very bright and promising music career ahead of him,” he stated.

Stanley Gabart, close to Robertson, mentioned that the rapper’s death also came as a shock. “He was struggling with some things we wish we would’ve known about, wish we could’ve intervened,” he mentioned.

While his exact cause of death has yet to be revealed, authorities are believing that Robertson passed away by rule of suicide. Just hours before his death, Robertson allegedly posted a heartfelt message to his Instagram that left some concerned. Rest In Peace to Lil Loaded, we send love and light to his family and loved ones. Check out the message below.