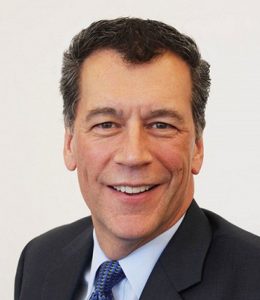 The REFORM Alliance continues to build its leadership team, announcing the appointment of veteran non-profit development leader Laurence (Lars) Jahns to serve as the new Chief Philanthropy Officer (CPO), effective immediately. Jahns will serve as a member of the executive leadership team and will drive new revenue growth to support strategic initiatives as REFORM enters its next phase of expanded impact, donor engagement, and outreach.

In his new role, Jahns will lead all development opportunities for REFORM, including leveraging the existing commitments of REFORM’s Board in creative new ways, cultivating a robust network of individual and institutional donors, and inspiring meaningful engagement for supporters of REFORM. His work will include building and implementing a fundraising growth strategy, launching flagship events, and leading future fundraising campaigns.

“I couldn’t be more thrilled to join REFORM,” said Jahns. “The organization’s mission and focus are extremely urgent and time-sensitive, especially given how imbalanced our criminal justice system is and the lifelong negative impact it has on economic mobility for such an alarming number of Americans. I recognized immediately that REFORM has the incredible clarity of purpose as well as a world-class and engaged Board of Directors, who have generously invested their own funds to launch the organization. Now we can build on that momentum and provide other donors with the opportunity to support this nationwide movement to make our criminal justice system more fair and equitable.”

Prior to his position at REFORM, Jahns has raised over $2.7 billion to advance social justice and reduce barriers to access for all.

“Lars has a proven track record in building and growing non-profit organizations and is the perfect fit for our organization,” said REFORM CEO Robert Rooks.  “Lars has an incredibly diverse and experienced skill set as well as a lifelong commitment to social justice.  He is going to be instrumental in helping us in our fight to bring meaningful and transformative change to the criminal justice system at both the local and national levels.”