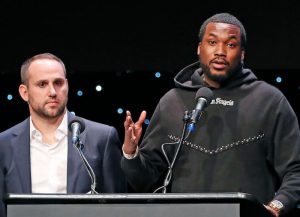 The REFORM Alliances has passed legislative bill SB 105 in GEorgia, which will impact the state that has the most people on probation.

Effective July 1, 2021, SB 105 will allow courts to terminate probationary sentences for individuals who have no arrest within the past two years and it also establishes a uniform court standard that individuals should be released from probation if it is in the best interest of justice and the welfare of the community. In essence, SB105 incentivizes good behavior so that people who are thriving in the community may be released from supervision early in a safe and timely manner and also creates uniform eligibility requirements that protect public safety. The bill will significantly streamline processes within the state’s probation system and provides a uniform pathway to early termination of probation.

Currently, there are over 200,000 people in Georgia that are currently on probation. That number equates to 1 in every 18 Georgians.

“This is a momentous victory for the citizens of Georgia, considering that their state has more people on probation than any other in the country,” REFORM Alliance co-chairs Michael Rubin and Meek Mill said. “We applaud the legislature’s commitment to addressing this matter and we’re thrilled that it will enable thousands of Georgians to leave probation and re-enter society in a safe and productive manner. We are proud of the role that the REFORM Alliance played in championing these important changes.”

The state’s criminal justice system has become infamous for overly long sentences and for exorbitant fines and fees levied against probationers because its average lengthy probation term of 6.3 years, compared to the national average of two years.

“SB 105 is a bipartisan, evidence-based reform that will safely reduce the prison population, save taxpayer dollars and allow resources to be redirected towards true public safety priorities,” said REFORM Alliance CEO Robert Rooks. “It is a sensible and essential step toward ensuring a probation system that gives Georgians a meaningful second chance and an opportunity for real redemption.”

The bill passed 169-2 in the Georgia House of Representatives and received unanimous support in the sTate Senate.

The post REFORM Alliance Passes New Transformative Law in Georgia to Bolster State with Highest Number of People on Probation appeared first on The Source.