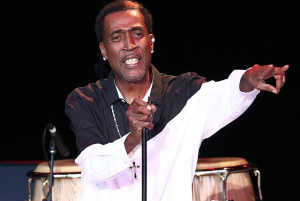 According to a recent report from Page Six, Reggie Warren of R&B collective TROOP(Total Respect Of Other People), passed away on Sunday at his home in Pasadena, California.

Warren and the ret of the TROOP member helped pave the way for the New jack Swing sound, which was ushered in by groups like Guy and Wreckz-N-Effect, both produced by super producer Teddy Riley. The five man collected landed one platinum album, three gold albums and three number one singles during their brief, yet illustrious career.

Warren faced a host of health issues, which most recently landed him in the hospital back in January. His family has determined that they will not release a statement until Warren’s autopsy is complete, however, they did not suggest that his death was related to COVID-19.

The post Reggie Warren Of R&B Group TROOP Dead At 52 appeared first on The Source.