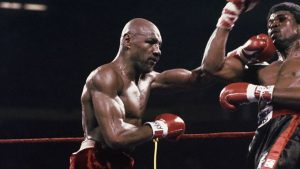 On Saturday, Marvelous Marvin Hagler’s wife announced to the world that the legendary boxer had passed away at the age of 66.

Hagler was considered one of the four kings of boxing during the ’80s. Hagler’s matchups with Sugar Ray Leonard and Thomas hitman Hearns arguably will go down as the best set of bouts in the middleweight division.

The Hagler-Hearns fight is recognized as one of the most exciting in boxing history. In particular, the first round of the fight is widely regarded as being one of the most thrilling rounds ever:

The post Remembering Marvelous Marvin Hagler and The Best First Round in Boxing History appeared first on The Source.