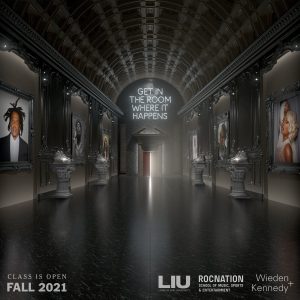 The Roc Nation School of Music, Sports & Entertainment at Long Island University has announced a partnership with award-winning ad agency Wieden+Kennedy (W+K) for a Creative Promotion in Media program, which will start in the fall 2021 semester.

The new program will assist students in leading advertising and marketing with cultural impact in classes like “Hood Marketing 101: How Blackness is Bought” and “Nothing is an Accident.”

Students will be able to learn creative impact as opposed to traditional creative work while drawing knowledge from some of today’s most unconventional creative practitioners.

“Through our partnership with Wieden + Kennedy, we are offering Roc Nation School of Music, Sports & Entertainment students unique and true value as well as deep insight into the creative world, which will benefit them regardless of their career path,” said Long Island University President, Kimberly R. Cline.

W+K has produced the Nike “Just Do It” campaign, along with working alongside KFC, McDonald’s, and more.

“How culture gets made is mostly a mystery,” said Michael Hagos, Creative Director at Wieden+Kennedy. “We want to show more people how to get in the room, how to claim a seat at the table, and how to channel their unique voice and creativity to solve business problems.”

The post Roc Nation Taps Wieden+Kennedy for School of Music, Sports & Entertainment at LIU appeared first on The Source.