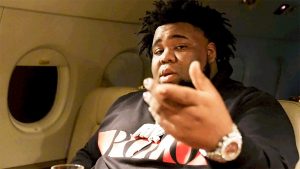 Rod Wave is gearing up for the release of his Soulfly project. Wasting no time in previewing the new project, the St. Petersburg representative dropped off his “Street Runner” cut, pairing it with a music video to match. Fans of Rod are familiar with his penchant for behind-the-scenes styled clips and with “Street Runner,” he sticks to his tried formula.

In the video, the “Rags To Riches” rapper shows off scenes of his private jet boardings, hopping from sprinters vans to tour buses, and even throws a helicopter in the mix as he gifts viewers with a peek into the lifestyle his hustle affords.

“[‘Street Runner’ is] a personal song about the sacrifices I made to pursue this career that I have now all while never forgetting about the family and loved ones I’m doing it for.”

The new cut is also paired with a video game to match as Rod has teamed up with Krool toys to deliver on an arcade-inspired game inpsired by the track in promotion of the forthcoming Soulfly.

“When building out this game we really wanted to give people the feeling of being back in an arcade getting behind one of those old school sit-down racing games, as well as incorporate some elements from Rod’s home of Florida,” Stefan of Krool Toys said.

Rod adds: “This video game brings my story to life beyond the music.”