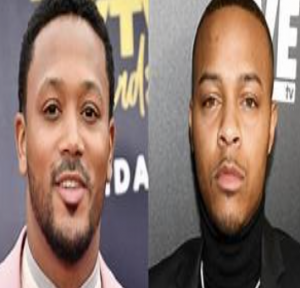 Things seemed to have cooled down between Romeo Miller and Shad Moss AKA Bow Wow. After discussion of a possible Verzuz battle between the two of them, it seemed like more than a friendly challenge. According to Miller, that wasn’t the case. The former child rapper cleared things up on social media.

Saturday, May 15 Miller shared a video of a phone call between himself and Moss, addressing the now viral conversation about a Verzuz battle. In the caption, Miller addressed the possibility of doing something together. Watch here.

“20 YEARS LATER: Just a lil glimpse into The Real Life of Romeo & Bow. I told @shadmoss I was gone post this convo because people take things more serious than us and they don’t even know our real life friendship and tone so just wanted to give some insight.” Miller continued “No matter the topic (good or bad), always been one call away since the year 2000; this not a reality show. But like I told him today, let’s finally do something TOGETHER, before the world ends preferably. The industry put us against each other for too long, it’s time to celebrate each other my brother. Life is short. #GodisGood #YoungLegends PS: I’m a business man not a fighter . To be continued. This next chapter about growth & peace.” wrote Romeo.

As previously reported, in a recent episode of FOX Soul’s The Mix, former child rapper Romeo Miller seemingly called out Moss for a battle.

“You know, I gotta say, I love this and y’all’s Verzuz. It really showed the light and it really showed that nothings wrong with friendly competition. Baby, this is what the sport is about. This is what the game’s about. This is what makes us better. And y’all actually inspired me. Imma put this out there, if Bow Wow do a Gotda** battle and it’s not with me, don’t do it. I’m just saying, so if Bow do a battle, I’m open for it.” said Romeo.

Wednesday May 12, the hosts of The Mix, were joined by Tameka “Tiny” Harris for a special Verzuz episode. The Xscape member discussed her thoughts on her recent Verzuz battle with SWV, and the possibility of a tour with the two r&b groups. When Miller brought up the possibility of a face off between Miller and Moss, Tiny and the rest of the hosts agreed.

Three days later, Moss responded on Twitter. According to the tweet, Moss is ready for the battle.

“You sure you want this smoke? I see you calling me out. You sure this what you want to do?” wrote Bow Wow.

The post Romeo Miller and Shad Moss AKA Bow Wow Discuss Teaming Up For the Fans appeared first on The Source.