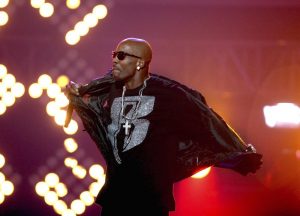 In the time that has gone by since the passing DMX, the inevitable has taken place with the legend’s catalog. Per initial reports, X’s music experienced a surge of over 900% in streaming activity. Now, the official numbers clock in to back it up.

With the newly-updated Billboard Hot 100, his classic “Ruff Ryder’s Anthem’ now sits at No. 16 on the chart, marking the best highest-ranking entry of his career.

Previously “Ruff Ryder’s Anthem” peaked at No. 94 on the chart in February of 1999. During his lifetime, X’s highest-ranking track was hosted by his guest appearance on The Lox’s “Money, Power & Respect,” which topped off at No. 17 in May 1998.

Not much of a history lesson is needed in understanding the significance of “Ruff Ryder’s Anthem” in X’s career and within Hip0Hop in general. The track, produced by Swizz Beatz, was the single attached to DMX’s debut It’s Dark and Hell Is Hot album. The project also found itself resurfacing on the charts at No. 46 on the Billboard 200 with a 485% increase in sales. It first debuted at No. 1 in June 1998 and didn’t leave the chart until May 2000.