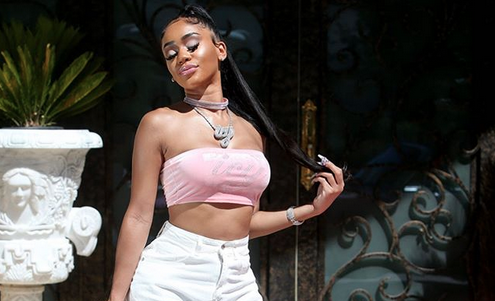 Not every rapper can freestyle, and Saweetie admitted that she suffered from PTSD after she was put to the test by Ebro Darden, Peter Rosenberg, and Laura Stylez on Hot 97.

The Icy Girl graced the cover of Cosmopolitan for their April issue and spoke candidly about the 2018 freestyle.

“It was a really dark point in my life. I went from being so loved so quickly because of ‘Icy Grl’ to, on my first promo run, well, you saw the interview. The script flipped really quick, like night and day. I was like, Wait…” she recalled. “I had PTSD from that.”

Saweetie was a viral sensation following the release of her High Maintenance debut but things took a turn after she confidently proclaimed that she had the skillset to freestyle.

The Bay Area rapper delivered a botched performance and Darden didn’t hold back.

“I just thought the raps was basic,” the radio host told her. “I think you need to get sharper on your diction, your clarity, and your content if you’re going to impress me.”

Although Saweetie says that moment took a mental toll on her, she said she’s grateful for the beginning of her journey.

“I’m really grateful for my start,” she continued. “Because the mistakes, the struggle, the grind—it allows me to appreciate the rewards that come now because I know what it feels like to sleep in motels, to drive and do promo, to be stressed out.”

Check out the freestyle below and let us know if you think Ebro was being a jerk or he was just being honest.

The post Saweetie Admits That She Suffered From PTSD Following Hot 97 Freestyle appeared first on The Source.