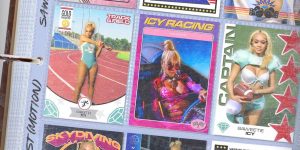 Saweetie owns Triller. The superstar rapper now has her second No. 1 on Billboard’s Top Triller U.S. Chart with her new single “Fast (Motion).” The single is the first No. 1 Debut of 2021.

The chart tracks the Top Triller U.S. and Top Triller Global charts based on the biggest songs on the social platform. The collection is calculated by a blend of the number of views of videos containing respective songs.

Previously, “Tap In” held the top spot for three weeks in the summer of 2020. She is now the fourth artist with more than one Top Triller U.S. char toppers since the chart was introduced in 2020. The other three is Megan Thee Stallion, Cardi B, and Young Thug.

Saweetie’s “Fast (Motion)” inspired by Miami dance culture and bringing high-energy to her fans. The new single arrives with a video and is the latest listen to her Pretty B*tch Music album, which will arrive on June 25.

Throughout the video, Saweetie spotlights black-owned brands she consumes such as Brandon Blackwood, Matte Swimwear, Mielle Natural Hair Care, Frank’s Bod, and High Hemp in addition to brand partners Quay, Jack Daniels, and Triller. You can see the new video below.

The post Saweetie’s “Fast (Motion” is the First 2021 Single to Debut at No. 1 on Billboard Triller Chart appeared first on The Source.