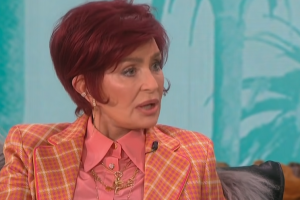 Sharon Osbourne is walking away from The Talk with an eight-figure payout, according to Page Six.

“Sharon is walking away with a $5 to $10 million minimum payout and was able to spin that it was her decision [to leave the show],” the source said.

Another source claims that her departure agreement states that Sharon Osbourne is allowed to speak about the incident in addition to her payout.

“Sharon will talk when she is ready,” the source said. “She still wants to give her side of the story. She has been on that show for 11 years and knows all the secrets.”

CBS announced that Osbourne quit The Talk on Friday.

Her departure comes two weeks after she got into an on-air argument with her co-host, Sheryl Underwood, about defending her friend Piers Morgan, who strongly attacked Meghan Markle.

Page Six also reported that Sharon Osbourne lawyered up and “wasn’t going down without a fight … She knows where all the bodies are buried.”

The post Sharon Osbourne Reportedly Walks Away From ‘The Talk’ With $10M Payout appeared first on The Source.