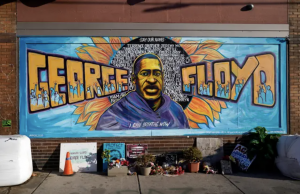 Today, people across the nation gathered to remember the life of George Floyd. While some Minnesotians were celebrating his life, shots broke out at George Floyd Square. According to Minneapolis police, law enforcement responded to reports of gunfire Tuesday near the area Floyd was murdered last year.

CNN reports, one person was transferred to Hennepin County Medical Center with a non-life-threatening injury after arriving at Abbott Northwestern Hospital with a gunshot wound, police said. CNN has contacted the medical center for additional information.

A video shared by The New York Times shows the moment gun shots break out while an Associated Press reporter is working.

The post Shots Fired Near George Floyd Square On Anniversary of His Murder appeared first on The Source.