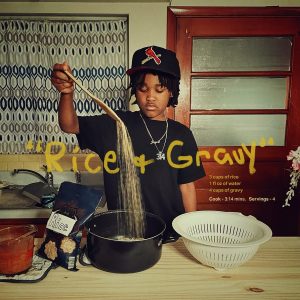 It’s Smino SZN. The St. Louis spitter has united with his frequent collaborator Monte Booker for the new release “Rice and Gravy.”

The new track appears to be the introduction to a new album as Smino delivered a personal anecdote on Twitter about his struggles.

“dawg I went thru so much bullshit tryna release music over da past couple years I’m just happy af to begin my new journey tonight,” Smino wrote. “I feel like a brand new artist rn.”

Salute to Smino and peep the new single below.

The post Smino Marks His Return with the Release of “Rice and Gravy” appeared first on The Source.