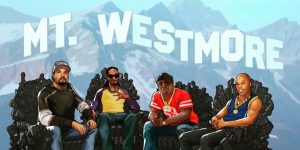 Triller’s 2021 Fight Club event is set to go down on April 17 and will be the debut of Hip-Hop’s newest supergroup, Mt. Westmore.

HipHopDX reports Dre will be the only feature on the album. In an interview with 40 and $hort, the details emerged.

E-40 would add, “Yeah. He already did his part. It’s already certified. He’s on the project.”

Additional details of the album are available here.