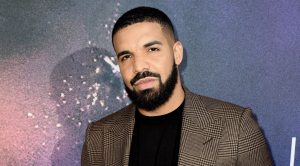 Drake has been trending since taking home the Billboard Music Awards Artist of the Decade Award. Now, the rapper is making headlines after being pictured with a “mystery woman”.

The woman, has now been identified by The Shade Room as one of the rapper’s “life-long employees”. In an Instagram post, the woman known as ms_duran on IG posted a picture seemingly explaining her relationship with the artist.

“Congratulation on Artist of the Decade. It’s been so amazing working with youths last 10 years. You are truly like a brother to me.” wrote ms_duran.

Although their relationship has been cleared up, some people aren’t buying it. Here’s what social media users are saying about it.

“It’s Drake getting a girlfriend for me, like I’ma just focus on my got damn self. I’m mad asf y’all,” wrote Talyric97.

To which another Twitter user, and Drake fan replied.

“It’s you thinking Drake’s stylist is his girlfriend for me lol and you call yourself a drake fan” wrote JMack87112576.

The post Social Media Reacts To Drake Being Pictured With Mystery Woman appeared first on The Source.