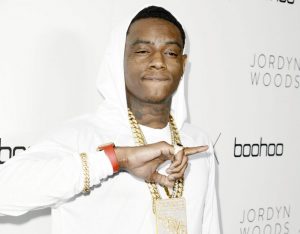 In the midst of Soulja Boy’s latest comeback, he has been hit with a lawsuit for alleged sexual battery and domestic abuse.

An anonymous woman file suit in Los Angeles Supreme Court stating that she and the rap phenom had a serious relationship between 2014 and 2019 but suffered abuse that she could “no longer stand.”

Page Six states that Jane Doe revealed Soulja attacked her in 2015, which led to a miscarriage, and was subjected to physical attacks and yelling. She also stated Soulja Boy gripped the woman’s “neck and choked her while threatening her life.”

The post Soulja Boy Sued for Sexual Battery and Domestic Abuse appeared first on The Source.