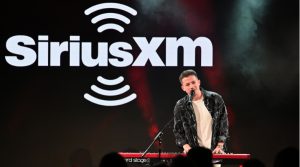 Soundcloud & SiriusXM are teaming up to bring something special to Hip-Hop fans. Since its inception, Soundcloud has been a platform for artist discovery. A number of artists in the past have launched their careers by building core fanbases through Soundcloud. Now they are combining their efforts in a weekly series with SiriusXM to amplify the next superstars of Hip-Hop.

The series stems from one of Soundcloud’s premier playlists, “The Lookout,” which has provided a huge home for Hip-Hop next generation. Since 2019 artists such as 3x Grammy winner Megan Thee Stallion, the late Pop Smoke, Grammy winner Roddy Ricch, Rod Wave and more have been featured on “The Lookout.” Now the song selections have come to life.

“The Lookout by Soundcloud” is hosted by pop culture expert, Sowmya Krishnamurthy. The broadcast can be heard on SiriusXM radio’s Hip-Hop Nation (channel 44) and on the SiriusXM app on Thursdays at 9 p.m. ET. It is set to rebroadcast on Saturdays at 2 p.m. ET and on Sundays at 11 pm ET.

Check out the series’ preview below.

The post Soundcloud and SiriusXM Link for New Weekly Series appeared first on The Source.