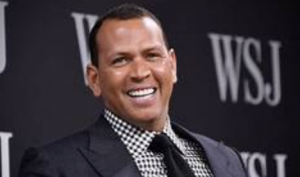 Alex Rodriguez may have failed to purchase an MLB team, but it appears he has landed himself an NBA team.

Minnesota Timberwolves reporter Jon Krawczynski of The Athletic reported on Saturday that Rodriguez and business partner Marc Lore are negotiating to become the owners of the Timberwolves. The two reportedly have a 30-day exclusive negotiating window with current owner Glen Taylor.

According to the report, the plan would be for Rodriguez and Lore to be limited partners for two and a half years before Rodriguez would take control of the team.

“We look forward to entering this phase of the process with Glen Taylor. Our respect for him and the legacy he has built lays an amazing foundation for what is to come. We are excited by the prospect of getting to know the Timberwolves organization, the talented team, and their incredible fans.”

This deal comes a month after Kevin Garnett’s group attempted to buy the team with those negotiations breaking down and leaving a bad taste in Garnett’s mouth.