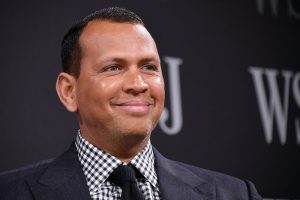 It took a little longer than expected but Alex Rodriguez and Marc Lore have reached an agreement to purchase the Minnesota Timberwolves.

Shams Charania of The Athletic reported on Thursday that Rodriguez and e-commerce mogul Lore will buy the Timberwolves from Glen Taylor for $1.5 billion. The two are equal, 50-50 partners in the purchase.

Any sale of an NBA club must be approved by the league’s board of governors, which could come later Thursday.

Lore and Rodriguez tried to buy the New York Mets last year but were beaten out for the Major League Baseball club by hedge fund manager Steve Cohen.

Taylor, a lifelong Minnesotan who bought the Timberwolves in 1994 for $88 million to save them from moving to New Orleans, has said he will continue to run the club for two more seasons until a handover in 2023. The Minnesota Lynx’s WNBA team is included in the sale.

The post SOURCE SPORTS: Alex Rodriguez Lead Group to Buy Timberwolves and Lynx for $1.5 Billion appeared first on The Source.