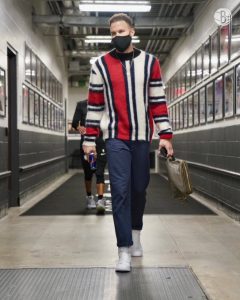 Blake Griffin is now officially a Brooklyn Net. Griffin agreed to a buyout with the Detroit Pistons and wasn’t on the open market that long. But who is most responsible for recruiting him to the Nets? Griffin says that it was Kevin Durant who worked hardest to get him there.

Durant, who himself was once highly recruited by the Warriors, is now doing his own recruiting in Brooklyn. The Nets are in second in the East at 24-13 and have really rolled since acquiring James Harden. With another available roster spot left, it will be interesting to see if Griffin will be doing some recruiting of his own for the Nets.

The post SOURCE SPORTS: Blake Griffin Made It Known That It Was Kevin Durant Who Recruited Him To The Nets appeared first on The Source.