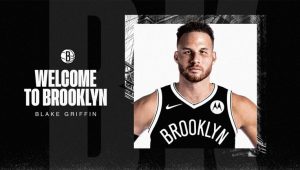 All season, Blake Griffin heard that he was a washed-up player. Now that he is on the Brooklyn Nets, Griffin himself finds it hilarious that the narrative about his play has totally changed.

“It’s kind of funny to me because for the last couple years all I’ve heard is how bad I am,” Griffin said, per Brian Lewis of the New York Post. “You sign with this team and everybody’s like, “That’s not fair!” People say whatever they want. I don’t put a whole lot of value on other people’s opinions.

“I trust the people I trust. If I don’t go to you for advice, then I’m probably not going to take your criticism,” he added. “So I have that circle of people. I have that group of people that I trust, real basketball people. That’s who I listen to. I just think it’s funny, I guess you could say that it’s amusing. I can’t speak for LaMarcus  Aldridge, I don’t know what people have been saying about him. That’s how I felt when I came here. I was hearing how bad I was, and now people care for some reason.”

This season with the Detroit Pistons Griffin averaged 12.3 points, 5.2 rebounds, and 3.9 assists, lower than what he was contributing the previous year. Now with the Nets, Griffin has a legit shot at winning an NBA championship and a chance to show the league he still has game.