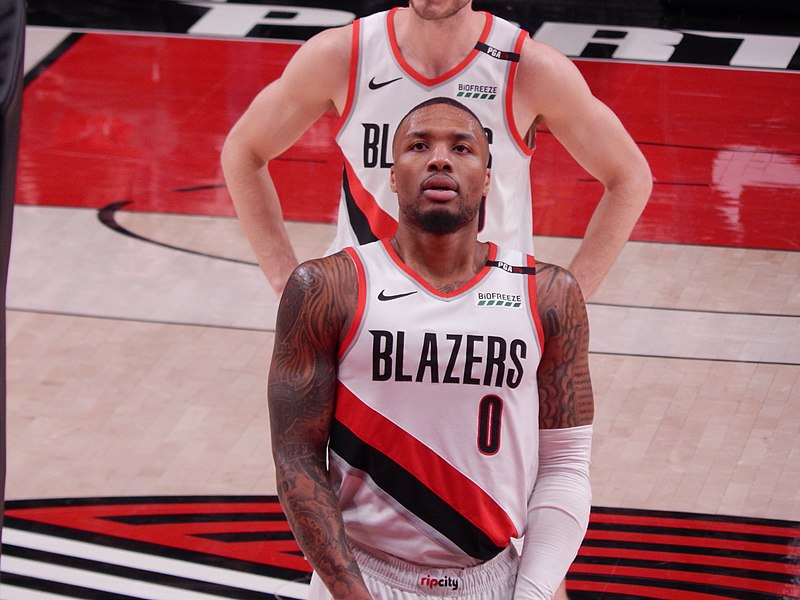 Damian Lillard has been the face of the Portland Trailblazers for the last eight years and a chance of scenery might be in his future.

Lillard has become frustrated with the Blazers over their coaching search and inability to build a championship-level roster, Chris Haynes of Yahoo Sports reports. Lillard’s current stance with the franchise is so bad right now, he is considering asking for a trade.

The Blazers have hired Chauncey Billups as their next head coach. According to Haynes, Lillard is frustrated with the backlash he has received on social media from fans who think he played a role in Portland’s decision to go with Billups.

Lillard was personally the victim of the team’s hiring blunder when fans attacked him on Twitter this week regarding Billups’ past sexual assault allegation.

“Really? I was asked what coaches I like of the names I ‘heard’ and I named them,” Lillard responded to a fan criticizing his role in the hire. “Sorry I wasn’t aware of their history I didn’t read the news when I was 7/8yrs old. I don’t support Those things … but if this the route y’all wana come at me… say less.”

While Lillard wanted Jason Kidd over Billups, the Blazers’ other problem is creating a championship roster for him to play on. After 8 seasons Dame time might be up with the Blazers.

The post SOURCE SPORTS: Damian Lillard Reportedly Could Ask Blazers For a Trade appeared first on The Source.