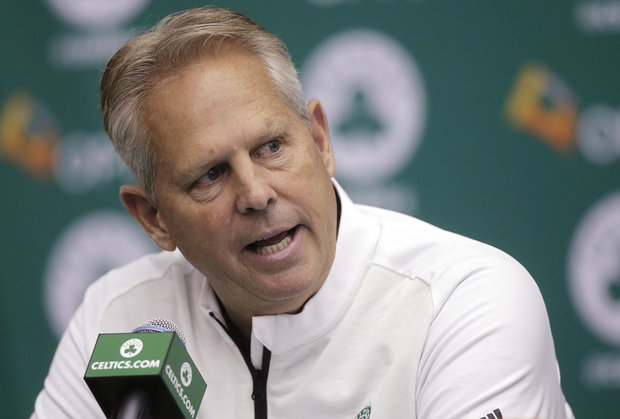 The Boston Celtics will be looking for a new head coach. Brad Stevens is not leaving the organization. Instead, it appears he will be responsible for choosing his successor and building the team’s roster going forward.

Celtics general manager and president of basketball operations Danny Ainge is stepping down from his role to retire according to Shams Charania of The Athletic. The plan is for Stevens to take over Ainge’s job on a full-time basis and lead the search for Boston’s next head coach.

“Helping guide this organization has been the thrill of a lifetime, and having worked side-by-side with him since he’s been here, I know we couldn’t be in better hands than with Brad guiding the team going forward,” Ainge said in a press release. “I’m grateful to ownership, all of my Celtics colleagues, and the best fans in basketball for being part of the journey.”

Ainge has been a part of Boston’s front office since 2003 and was credited for helping the team win a title in 2008. He also played for Boston from 1981-1989 and won two championships with the Celtics as a player.

Stevens was considered to be on the hot seat as the Celtics underachieved all season long. Time will tell if a chance to basketball operations will help Stevens succeed in his new position and help the Celtics find their next head coach.

The post SOURCE SPORTS: Danny Angie Out As President, Brad Steven Moves Into Role appeared first on The Source.