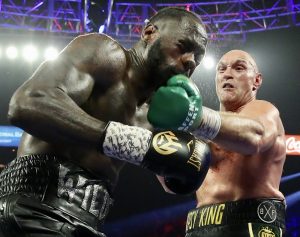 Deontay Wilder will get another shot at Tyson Fury. Unfortunately, Anthony Joshua will now have to wait for that unification fight that was scheduled for Aug. 14 in Saudi Arabia.

“We’re not paying Wilder to step aside,” Arum told ESPN on Monday. “It’s better to get rid of him and go about our business. We can make the Fury-Joshua fight for November or December.”

Top Rank has Allegiant Stadium in Las Vegas reserved for a Fury-Wilder fight on July 24.