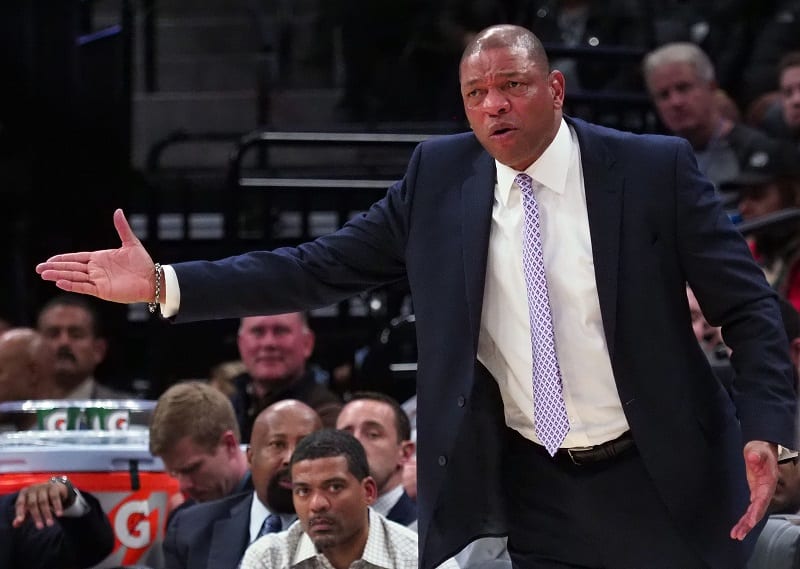 Doc Rivers is well aware that his Philadelphia 76ers team choked away game 5 of the Eastern Conference semifinals against the Atlanta Hawks.

“We’ll get back up. … We’ll be back here for Game 7,” Rivers said after the game, via ESPN’s Dave McMenamin. “I believe that. … This is part of sports. You have some awful moments … We have made this hard on ourselves, we have to own up to that — all of us — and then we have to get up and be ready for the next game.”

Rivers blamed the 76ers for not moving the ball enough in the second half. Seth Curry scored 36 points on seven 3-pointers, but Rivers believes he was the only one moving the ball late. Curry and Joel Embiid combined for 73 of the team’s 106 points.

Rivers hopes his team can respond to some adversity and force this series to a game 7 back in Philly.

The post SOURCE SPORTS: Doc Rivers Promises 76ers Will Win Game 6 After Choking Away Game 5 To The Hawks appeared first on The Source.