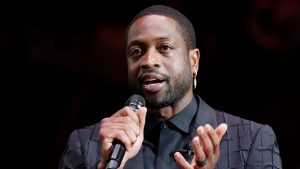 Dwyane Wade is expanding his portfolio and is taking up some ownership stakes of the Utah Jazz, with plans to take on a hands-on role within the organization.

Wade told ESPN’s Adrian Wojnarowski he’s excited to follow in the footsteps of some of his peers that went on to be all star players to executives in the league.

“This goes way beyond the dream I had to just play basketball in the NBA. I’ve seen Shaq do it in Sacramento. I’ve seen Grant Hill do it in Atlanta. I’ve seen Jordan do it in Charlotte. If this partnership is going to be anything like my relationship is with Ryan, there are going to be a lot of things that I’ll want to be involved in.”

“Unfortunately, people in my community don’t get this opportunity, and I do not take it lightly to have this opportunity. To make real change, this is where you have to be–at the top—and Ryan knows that. I’m thankful for him, and I know too that I bring a lot to this partnership outside of just my basketball knowledge and skills.”

On the court, Wade was one of the most decorated players of his generation. He spent 14-and-a-half of his 16 seasons with the Heat, winning three championships and being selected to 13 All-Star teams. If Wade brings that same work ethics on to the management side of things, look out.