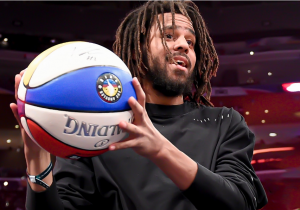 According to a report from New Times Rwanda, J. Cole will be on the roster for one of the teams in Basketball Africa League.

The league, which has been facilitated by the NBA and FIBA, is slated to have 12 players on the 12 teams; eight of the players will be local and the remaining four can be from another country, which is where NC-native Cole is set to fit in one of the squads.

Cole has been recently spotted in the historically war-torn country and has been added to the Patriots’ roster.

The post SOURCE SPORTS: J. Cole Will Play For Rwanda In Africa Basketball League appeared first on The Source.