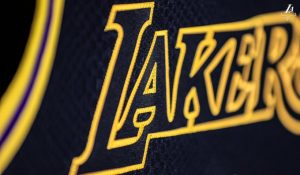 The NBA Playoffs are almost set. The Los Angeles Lakers are set to play the Golden State Warriors in the play-in game. That scenario has cause some teams out west to maneuver their standings.

Because the Lakers are the defending champions and have LeBron James and Anthony Davis, some teams were trying to avoid facing them in the playoffs. The Clippers specifically lost their last few games, likely to avoid the Lakers.

If teams were trying to avoid the Lakers early, Jared Dudley thinks that was unwise.

Dudley, who only plays sparingly for the Lakers, was asked after Sunday’s 110-98 win over the Pelicans about teams seemingly ducking the Lakers. He said he thinks it was a mistake because facing the Lakers early in the playoffs would have been wiser than facing them later.

Dudley isn’t lying. The way the clippers threw way the last four games of the season was criminal. To be fair, it wasn’t just the Clippers who tanked some games to avoid the Lakers. The Nuggets also found a way to avoid the Lakers as well. While the Lakers are going to have their hands filled with the Warriors, the idea of the team losing two play-in games is unreal. That means the rest of the Western Conference should be worried.

The post SOURCE SPORTS: Jared Dudley Say Teams Did Things to Duck the Lakers in Playoff Seedings appeared first on The Source.