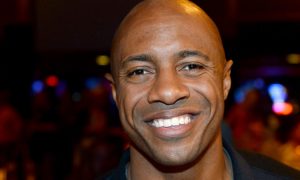 ESPN’s Jay Williams is on the social media hot seat. On Wednesday, Williams tweeted about the news that the Celtics were closing in on hiring Ime Udoka as the team’s new head coach. In a since-deleted tweet, Williams applauded the hire and added that Udoka would be “the first head coach of color” for the Celtics.

“The first head coach of color for the @celtics … & even more importantly … he is one talented individual who has paid his dues,” Williams’ tweet read.

Unfortunately for Williams, that tweet isn’t true. The Celtics have had several black head coaches in the organization’s storied history. The Celtics were actually the first North American professional team to hire a black coach when they made Bill Russell player-coach in 1966. Russell and K.C. Jones are the only two black coaches in NBA history with multiple championships, and both did that as being the Celtics head coach.

In case Williams overlooked those two legends, Doc Rivers was also a head coach for the Celtics and lead them to a championship back in 2008.

Williams later claimed on Twitter that he had been hacked.

The post SOURCE SPORTS: Jay Williams Gets Roasted On Twitter For Not Knowing Celtics History appeared first on The Source.