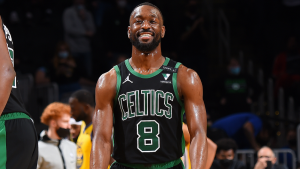 Brad Stevens arrives as the president of basketball operations for the Boston Celtics and has made his first splash.

The Celtics have traded All-Star point guard Kemba Walker and the 16th pick in the NBA Draft to the Oklahoma City Thunder for Al Horford, Moses Brown and 2023 second-round pick, according to ESPN.

Walker is owed $73 million over the next two years as opposed to Horford at $53 million. It is believed that Walker will work alongside the THunder to find the next step in his career.