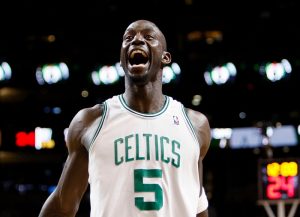 Kevin Garnett will be inducted into the Basketball Hall of Fame, in an elite class that is also headlined by Kobe Bryant and Tim Duncan. Before going into the hall, the Boston Celtics and Minnesota Timberwolves legend highlighted his only NBA regret.

“Getting with a storied franchise like Boston gave me life, gave me breath and gave me purpose. The players that you’re playing actually made the experience monumental, made it magical. The city was waiting for something big, or something different to happen versus where it was, and when we went, we just never looked back. My only regret in any of this is that I should’ve came to Boston a little earlier. But other than that, it was magical.”

Joining with Paul Pierce, Ray Allen, and the Celtics, KG won a ring and made another Finals appearance. Would be interested to see what else he could have done.

The post SOURCE SPORTS: Kevin Garnett Has One Regret in His NBA Career appeared first on The Source.