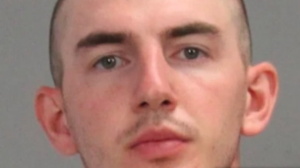 A police report from a spokesman for Texas A&M Police confirmed that TSA agents found Caruso with a marijuana grinder and was charged with possession of marijuana, less than two ounces, and possession of drug paraphernalia. He was released on bonds totaling $4200.